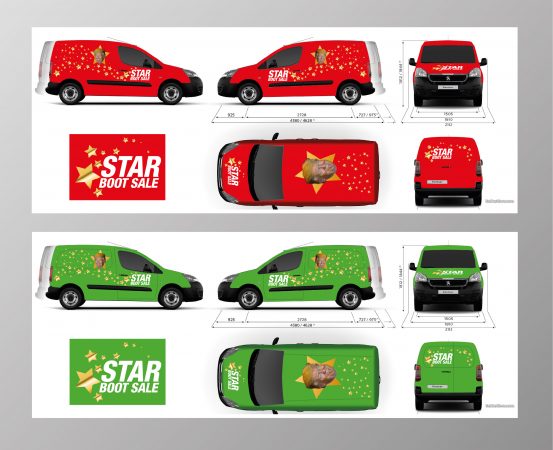 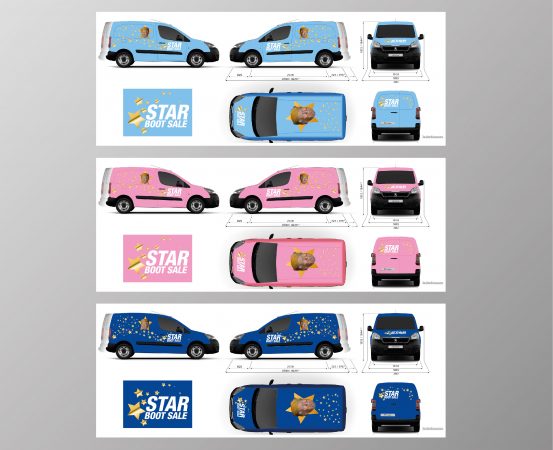 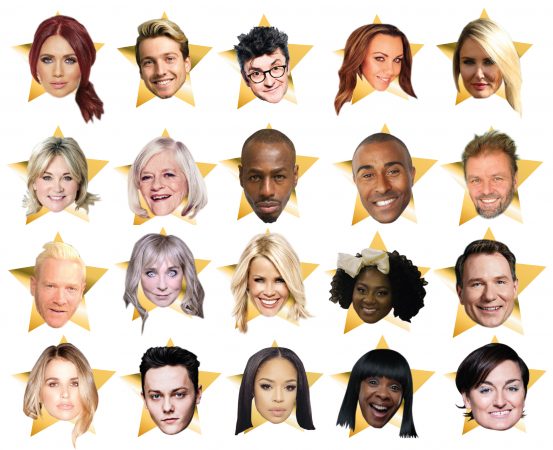 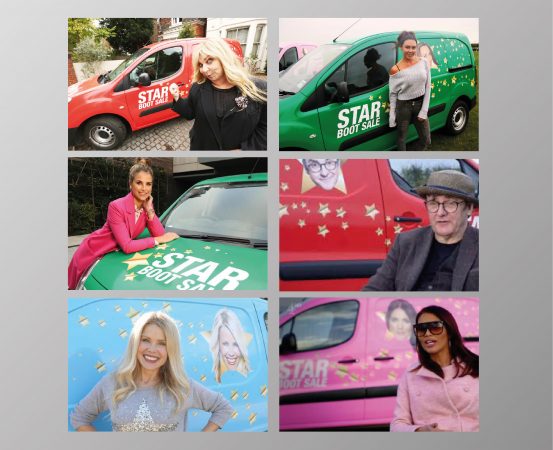 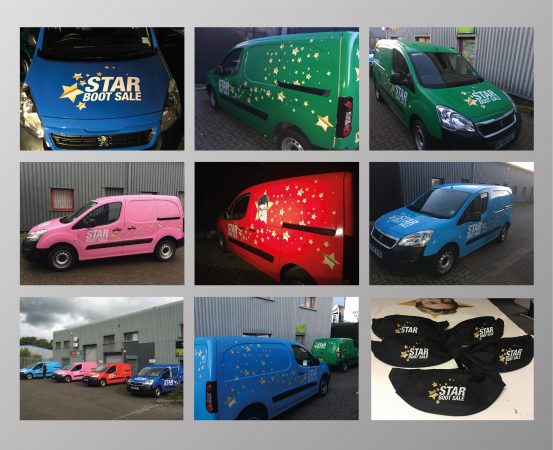 Boomerang originally contacted us with a simple brief of applying vehicle graphics to five small vans. This quickly developed into a full corporate identity brief.

The premise was for a series of five celebrities to generate money for charity by selling personal possessions at car boot sales. The five different coloured vans would indicate the celebrity’s colour and make it easier to differentiate between contestants. The show ran for a series of 5 weeks with a cast of 20 celebrities.

The corporate identity requirement developed and we were happy to be involved, we presented our logo concept, which embodied the pop culture element of the project and was quickly accepted as the masthead of the production. The whole project was a whirlwind of extremely tight deadlines and all-nighters due to the nature of the production. We were lucky enough to be invited to the shoot and we loved every minute!